The Lott ready to roll on a winning 2022

Soaring lottery jackpots have helped give a boost to The Lott’s retailers during the start of 2022.

This week, Powerball has an $80 million jackpot up for grabs – the latest in a series of big Powerball and Oz Lotto jackpots that have captured the attention of Australian lottery players so far this year.

The equivalent of up to one-in-four Australian adults are expected to have an entry in this week’s Powerball draw.  During the last $80 million Powerball draw in December last year, the peak of sales was at 4.43pm on the day of the draw when more than 6,000 entries were sold in a single minute across The Lott’s jurisdictions.

The big draws follow a winning year at The Lott, where more than 130 million winners enjoyed more than $3.79 billion in prizemoney from its games, which include Saturday Lotto, Monday & Wednesday Lotto, Powerball, Oz Lotto, Set for Life and Lucky Lotteries. 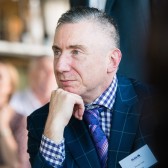