We think this is great for the QLD economy and Australia.

Imagine the foot traffic going into QLD retail with an extra 4 million people converging on QLD for the Olympic Games and the additional building and construction & other sectors that will attract over 100,000 jobs in the lead into the Olympics. 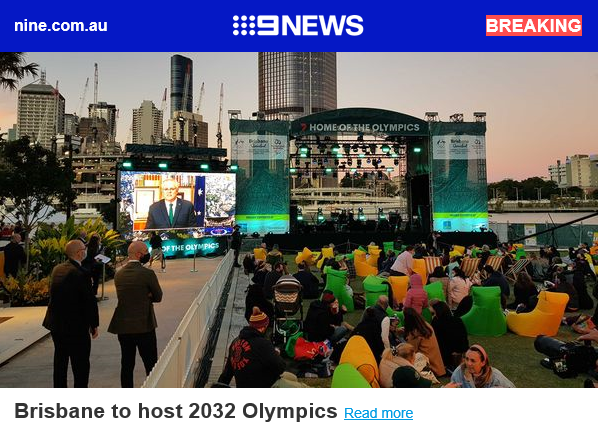